Determine which pairs of materials are most suitable, from the tribological point of view, for use in the sealing system of a new aircraft landing gear.

Optimal combinations of materials for seal/axle-coating to be tested in the customer simulator. One of the identified combinations is currently used in aircraft models with this new landing gear. 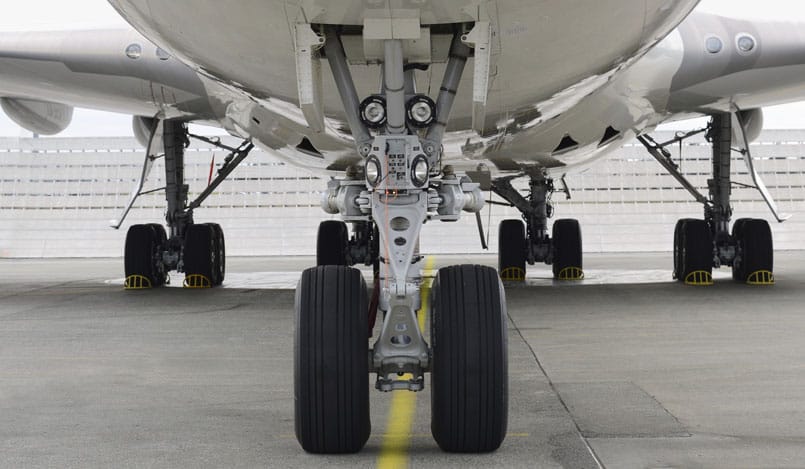 The majority of landing gear are fitted with a chrome finish axle to protect the component from corrosion and wear and to reduce friction. However, during the manufacturing process the chroming generates a recognised carcinogenic effect. It is likely that its use will be prohibited or reduced in the near future.

It is therefore necessary to identify and test alternative treatments with a functionality at least equal to that currently in use.

In this case the objective was to experimentally determine which pairs of materials would be most suitable, from the tribological point of view, for use in the sealing system of the new aircraft landing gear.

To this end, a testing protocol was developed to reproduce conditions similar to those of the working seal/shaft contact.

The use of small size and simple geometry samples was a requirement in order to facilitate the production and procurement of the materials and coatings that were to be studied and compared.

Once the procedure was defined, different combinations of materials (polymers with and without coating for the seals and steels with Cr+6 free coatings for the axles) were tested.

Lastly, different pairs of materials were identified which offered a good behaviour. On one hand, low friction was generated, which assisted, above all, the work of landing and, on the other hand, the wear to both the seal and the shaft was within acceptable limits, thus promising an appropriate life for the component.

In addition to the aviation sector, this solution is applicable to transport, energy, machine tools and capital goods sectors.