To gather information on the performance of the wind infrastructures, to predict their behaviour during use and to reduce the risk of failure. 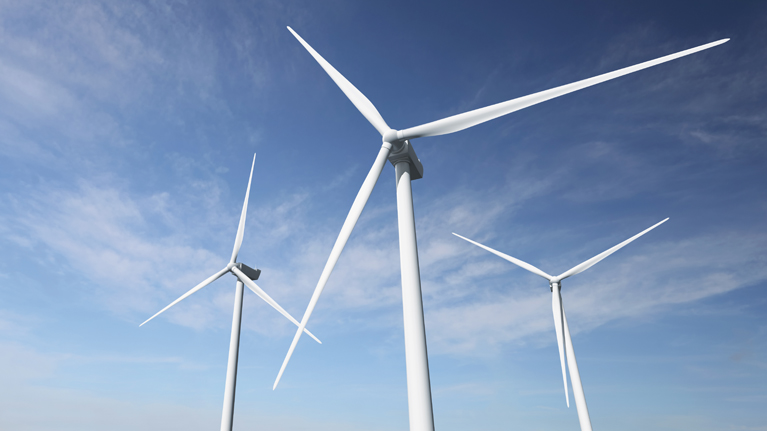 The maintenance of wind infrastructures, especially those located in offshore installations, is a critical activity that is fundamental in order to find out the behaviour of the wind turbines while they are being used, to predict possible problems or faults and, subsequently, to be able to optimise costs and obtain maximum efficiency.

IK4-TEKNIKER, together with its spin off ATTEN2, has developed a solution that monitors certain wind turbines at the Los Monteros wind farm.

In order to gather the signals related with operation, data from the SCADA system (Supervisory Control And Data Acquisition) have been selected, such as the wind speed, the generator speed, the active force, the pitch angle, the temperature of the gearbox oil and the operating status. Also, sensors have been installed that measure the particle count and the degradation of the gearbox oil so that these can be monitored.

For adequate monitoring, the centre has used its own methodology which is called Fingerprint. The analysis of the operation of the turbines and the data offered by the sensors, as well as the IK4-TEKNIKER methodology, offer information that can be compared over time.

Subsequently, the aforementioned tools allow the status of the gearboxes to be diagnosed, predict possible problems and reduce unplanned stops which have an influence on the availability of the wind turbines.

Also, all of this information is incorporated into SAM (Smart Asset Management), IK4-TEKNIKER’s own platform, which allows the information to be processed and monitored in order to optimise the performance of the equipment and prolong its useful life, as well as reducing operational costs.

In the case of the Los Monteros wind farm, IK4-TEKNIKER uses the SAM platform as a tool which is able to analyse the information from the SCADA system and the network of sensors, incorporating intelligence using algorithms to process the data and subsequently provide ATTEN2 with management capacities for the servicing and monitoring of alarms.