Tekniker to play an outstanding role at the Spanish Metrology Congress

The technology centre will form part of the committee organising the seventh hybrid edition of the Spanish Metrology Conference to be held in Ávila from September 27 – 29. 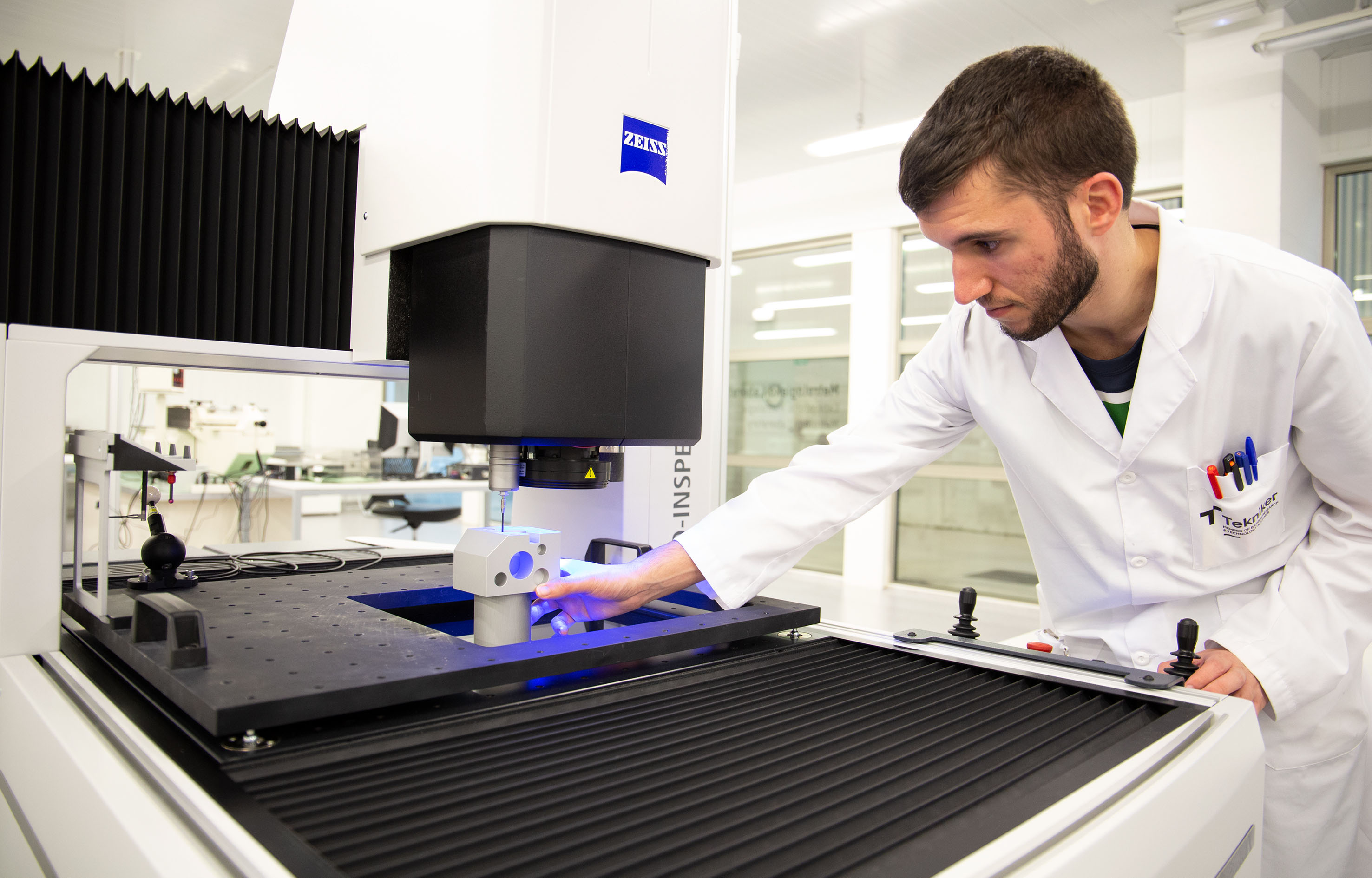 The Tekniker centre will have a prominent presence at the 7th edition of Congreso Español de Metrología that will position the organisation amongst Spain’s most outstanding experts in the field of metrology and its industrial applications.

More specifically, Tekniker will be joining the organising and scientific committee of this national forum again specialised in metrology and a broad range of technological developments related to a number of subjects such how to measure industrial equipment an area in which the technology centre has an extensive amount of experience and knowledge.

The seventh hybrid edition of this forum will be held in Ávila on September 27, 28 and 29 and feature in-person and virtual sessions. The conference will provide a meeting point for experts from scientific and business agents such as CSIC or Iberdrola who will explain the most outstanding developments reported with regard to sustainability and digitisation in the area of metrology that will influence future developments in sectors such as healthcare, energy or town planning.

Antonio Gutiérrez, director of the Metrology Laboratory at Tekniker and a member of the organising committee believes that "the main challenge metrology must face nowadays is related to using reliable and traceable measuring techniques to properly address sustainable technological and scientific development processes to further progress and wellbeing in our society".

Tekniker has been linked to this conference since its first edition took place in 1997. Initially, delivering lectures and, as from the fourth edition of 2009, as a member of the organising committee.

Unai Mutilba, a Tekniker researcher, will form part of the scientific committee at this edition to share the technology centre’s metrology know how with the participants and experts attending the forum.

During this year’s event called "Metrology in the era of digitisation and sustainability", Antonio Gutiérrez will chair a session on September 29 entitled "Metrology at the service of the industry and how protect citizens can be protected". The Director of Tekniker’s Metrology Laboratory says that "there will be five presentations addressing metrology at the service of the industry that will describe several issues such as, for instance, 3D microscopy, tomography or photogrammetry".

Regarding the Spanish Metrology Conference

The Spanish Metrology Centre will organise the 7th edition of the Spanish Metrology Conference jointly with the Regional Community of Castilla La Mancha. The event will feature a total of 90 presentations, 5 panel discussions and 3 plenary sessions. The ultimate objective is to provide a meeting point for experts from institutions, industries, universities and public administrations to learn more about measuring techniques, about how to incorporate new technologies to metrology and learn more about metrology regulations currently in force or under development.

Many innovations shall be presented during the event together with solutions featuring smart sensors, quantum technologies, photonics, big data and cybersecurity to explain how they could revolutionise metrology services.