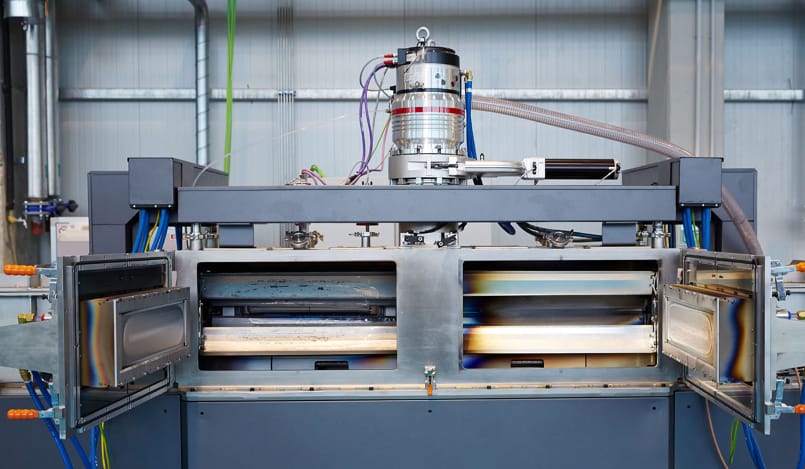 Parabolic cylinder collector technology for solar thermal power plants plays a key role in the field of renewable energies, given that it accounts for more than 1,500 MW of operational capacity worldwide.

To increase the competitiveness of this technology, it is necessary to increase the plant efficiency. This increased efficiency implies an increase in operating temperature above the existing 400ºC.

However, currently, the existing selective absorbers are degraded at temperatures above 400ºC.

In this case, a multilayer functional coating was developed on actual four metres length pipes. It consists of a metallic, infra-red radiation reflective layer, an absorbent cermet type visible radiation layer composed of metallic particles in a dielectric matrix and an anti-reflective layer formed by a low index refractive oxide capable of working at higher temperatures.

This coating is able to work at temperatures of 600ºC without showing any degradation in accelerated ageing tests.