Tekniker is currently involved in the development of a robot that can move autonomously inside greenhouses, provides early pest detection and sprays pesticides. 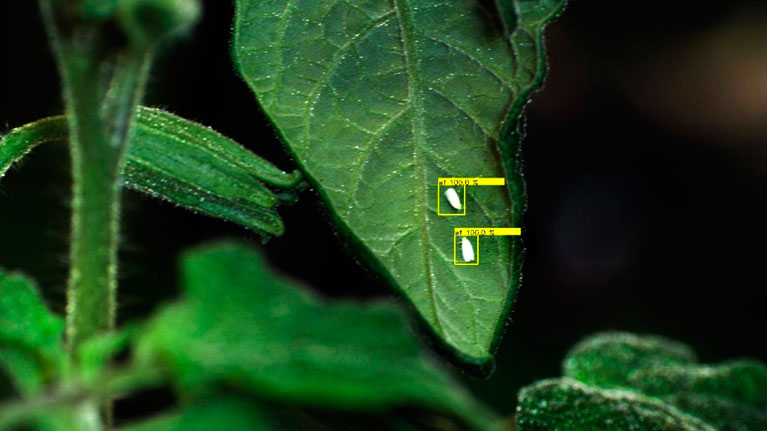 By 2050, the world’s population will reach 9 billion people and one of the biggest challenges will consist in developing solutions that will capable of implementing sustainable and efficient food sources in the long term.

Tekniker, a member of the Basque Research and Technology Alliance (BRTA), is participating in the European GreenPatrol project whose main goal is focused on setting up an innovative system based on artificial intelligence to improve agricultural production in greenhouses as a means to cope with challenges arising in this field.

GreenPatrol is an autonomous mobile robot used for early pest detection inside greenhouses. It can identify the specific nature of a problem that has been detected and then apply the most suitable chemical treatment based on a strategy defined by experts. The system has been equipped with visual sensors and a Deep Learning technology that uses data bases with pictures showing what insects look like in several stages of their life cycle. As these technologies allow the robot to select the most suitable treatment and apply it wherever it is required, pesticide consumption levels can be minimised. The system uses the navigation system provided by the European GNSS Galileo satellite to move autonomously inside greenhouses.

A prototype that is ready for validation

The GreenPatrol solution for integral crop pest control is now in the prototype stage for tomatoes and is almost ready to be validated in real environments. The mobile robot shall be tested at an agricultural greenhouse in Lezama (Bizkaia) in the first half of 2020. Once this stage has is over, the goal will consist in finishing the project to end in June with a prototype for commercial application prior to being launched into the market.

In its capacity as a technological member of the European Green Patrol project, Tekniker was asked to develop an inspection system based on Deep Learning technology that detects pests and allows the robot to establish the most suitable chemical treatment.

The technology centre, moreover, has included the robotic arm used to manipulate plants on the platform itself and to perform inspections without losing sight of personal safety issues or variable environmental conditions. Specifically, the centre has developed AI pest detection technologies for tomatoes and crop inspections for which the robotic arm is used. It has also implemented an IPM (Integrated Pest Management) strategy that allows the system to decide which plants must be monitored in a greenhouse. Additionally, Tekniker has assembled the hardware used by the mobile platform for satellite navigation and has put together the cloud software architecture required to programme trajectories and avoid obstacles.

A European alliance made up of research centres and companies

The GreenPatrol consortium has six partners at a European level; two technology centres, one of them being Tekniker, a university and three industrial firms. The project has been award 2.4 million euros in funding provided the European GNSS Agency under the EU Horizon 2020 programme and will end on July 30 2020.

This project has received funding from the European GNSS Agency under the European Union’s (EU) Horizon 2020 research and innovation programme under grant agreement no. 776324.