To design a manipulator robot to palletize different sized packets in the logistics sector, with a frequency of one packet every 6 seconds.

After the first prototype, six robots have been built and installed at the client´s plant. 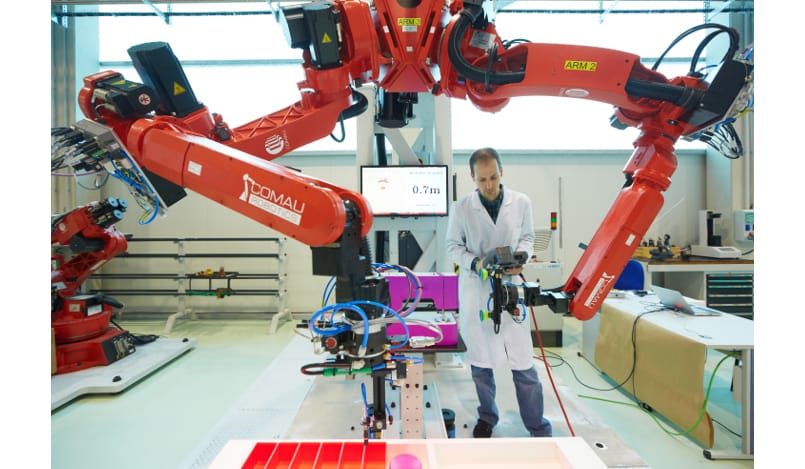 ULMA Handling Systems required a robot that was capable of palletizing packets in accordance with a predefined (and variable) mosaic, within the logistic sector framework, mainly in large surface distribution.

A viability study was performed and, after approval by Ulma, the first prototype was designed, built and put into operation. Once this was validated, it was optimized and installed into the new Eroski premises.