Bearing of the turbine blade

To determine causes of bearing failure.

Failure caused by the coincidence of high loads on to soft spots of the rings. 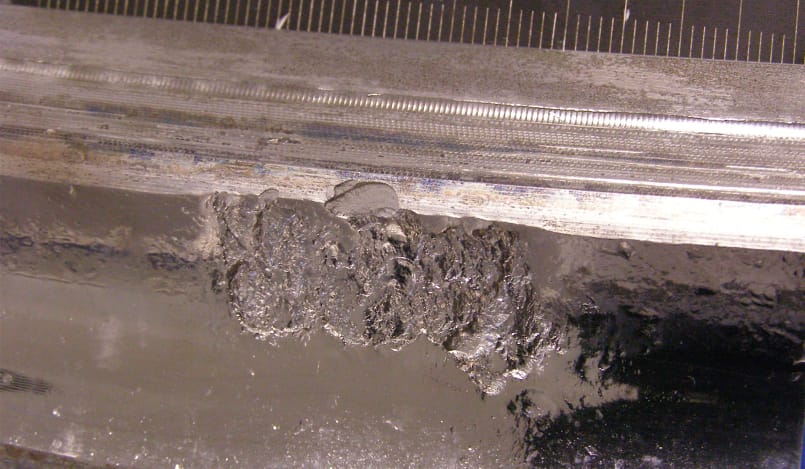 The bearing showed considerable wear on an area of the inner track which was identified as wear due to surface fatigue under load.

The presence of numerous iron particles was detected in the lubricating grease.

It was concluded that the cause of failure was the coincidence of high loads placed on a soft spot of the ring.

The proposed solution was to prevent the soft spots of the rings coinciding with the bearing areas that have to withstand greater loads during the assembly.